It’s one thing to use Teeps, Front kicks, Crescent kicks, Lunge knees, Elbows and other Muay Thai tools to sculpt out our bodies- but imagine the CHAMP standing their watching you do it!?  Being around Sifu Dan Anderson, Dasha is used to that type of pressure, but the KB girls did great- keeping their pace and tempo high they swung and kicked with out a glitch in form.

Don’t worry- its not every day MMA, Boxing and Muay Thai Champs stand around watching the ladies kick-ass… usually they go right upstairs to break their own sweat. (But- it is common to catch someone like Alistair in the lounge area. 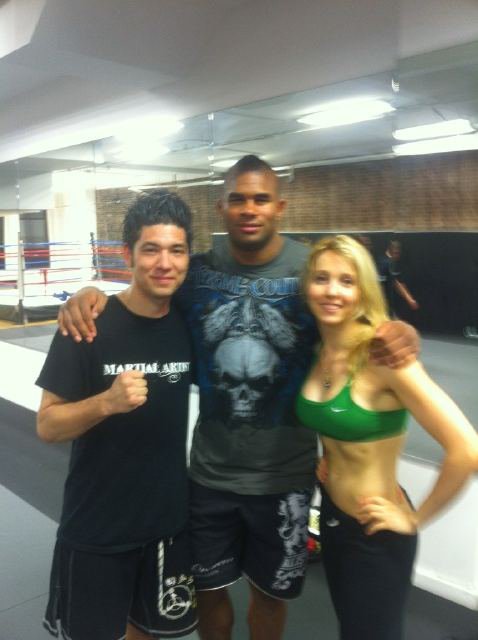