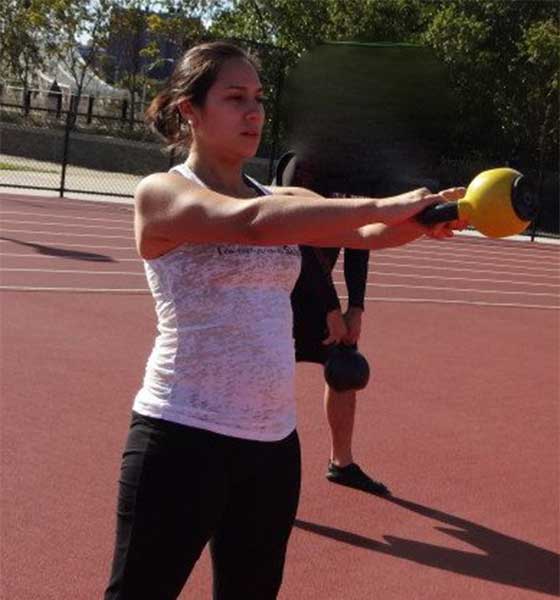 Justine is a Certified Kettlebell Kickboxing™ (KBIA) instructor, currently teaching in our flag ship NYC location. Justine has a Bachelors in Science in Human Development from Binghamton University, she currently works with children in the NYC school district. Originally a Yoga buff, Justine was exposed to martial arts through her husband. She began training both Kettlebell Kickboxing and Brazilian JiuJitsu at Anderson’s Martial Arts Academy. Soon becoming one of Dasha’s most dedicated students, Justine began to teach Kettlebell Kickboxing™, bringing her old school flavor to every class.

Justine says ‘ After I was exposed to kettlebells nothing else compared ‘. Her goal is to have more females recognize their strength and potential through the method.

Justine is also in the Kettlebell Kickboxing™ Scorcher Series DVD.